Americans are expected to wager $4.2 billion on this year’s Super Bowl between Denver and Carolina. 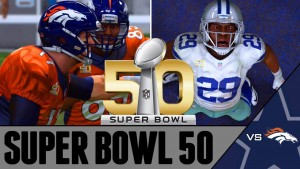 That’s up about 8 percent from last year’s game between New England and Seattle, according to estimates from the American Gaming Association.

The association says nearly 97 percent of the bets on this year’s game will be wagered illegally.

The association estimated that overall, Americans bet $149 billion on sports in 2015 compared with nearly $145 billion in 2014.