Does March Madness infect your organization and cause productivity to drop or does it actually increase productivity due to higher morale?  There are differences in opinions related to this annual phenomenon and how employers should manage the distractions that come with it.

Unlike other sporting events, March Madness is a prolonged event, starting in 2014 on Selection Sunday March 16th with the first games starting March 18th and ending with the championship game on April 7th.  In between those dates, 68 teams will start the “Big Dance”, playing elimination games in their regional brackets, from the first four, to the rounds of 64 and 32, to the “Sweet Sixteen” and then the “Final Four” compete in Arlington, Texas, for the national championship on April 7th.  And some of those initial games play throughout the work day, making it an alluring distraction for those officially on the clock at work. 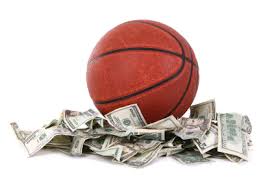 It is not just following the games that causes work distractions – it’s the activity surrounding completing and following the brackets in the ever-present office pool.  If gambling is involved with March Madness, employers might be subjecting themselves to legal liability, according to law firm Fisher & Phillips LLP.  “Betting pools can involve risk of violating various laws,” said Michael Abcarian, managing partner of the labor and employment firm’s Dallas office.  “Some employers are willing to take the risk; however, they should ensure that managers and supervisors are not coordinating office betting pools, soliciting employee participation in them, or otherwise creating the appearance of employer sponsorship.”

So let’s face it:  productivity is reduced somewhat.  But also consider that office morale and camaraderie can also be impacted favorably by this event too.

So what should an employer do?  Embrace March Madness, ignore it, or manage it?  The ball is truly in your court to determine how March Madness fits with your business culture and customer deliverables. Here are some perspectives to help you with your management decision.